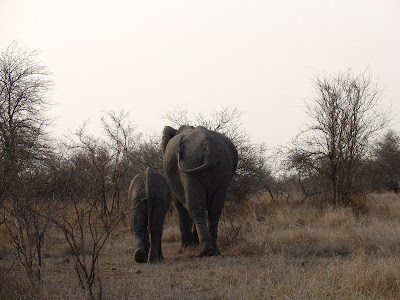 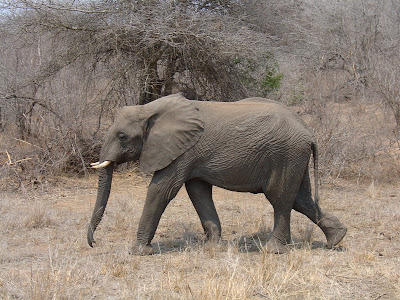 A group of female elephants (or cows) is called a breeding herd. The babies stay with them and they walk around in a huge bunch together. The males stay far away and live alone. They only come around when a cow is in heat. Elephants live until 60 years old. They have six sets of teeth in their lifetime, and once the sixth set falls out, they stop eating, they just drink water and then they die.
They don't really have any enemies. Lions would really have to work hard to kill an elephant. So they usually just die of old age.

I'm telling you there was poop all over Kruger. Everywhere you look. Poop.
Posted by A Lady Reveals Nothing at 7:43 PM